To share your memory on the wall of Thomas Roy, sign in using one of the following options:

Born in Pawtucket on June 5, 1940 to Francis and Dorothy (Glancy) Roy, Tom and his siblings were raised and educated in Pawtucket. He later was employed by the Pawtucket Public School System from which he retired.

Thomas leaves his beloved wife of 57 years, Frances (Marco); his son and daughter, Stephen A. Roy of Pawtucket, and Patricia A. Langlois and her husband, Robert, of Rehoboth; grandchildren, Brittney, Christina, Robert, and Nicholas; sisters, Joan Trahan and Dorothy George; brothers, John, Edward, and Randall Roy; and several nieces and nephews. In addition to his parents, Tom was predeceased by his brothers, William, Robert, and Paul Roy.

Services for Tom are private at the request of the family. Arrangements are entrusted to the Berarducci Funeral Home & Cremation Care Center in Providence.

Memorial contributions to the American Diabetes Association, P.O. Box 7023, Merrifield, VA 22116-7023 [http://diabetes.org] would be appreciated. Condolences may be left at [ProvidenceCremation.com].
Read Less

Receive notifications about information and event scheduling for Thomas

There are no events scheduled. You can still show your support by sending flowers directly to the family, or planting a memorial tree in memory of Thomas Francis Roy.
Plant a Tree

We encourage you to share your most beloved memories of Thomas here, so that the family and other loved ones can always see it. You can upload cherished photographs, or share your favorite stories, and can even comment on those shared by others.

Posted Nov 15, 2020 at 09:49pm
My heart goes out to Patty, Stephen, Godmother, grandchildren and entire family. I will always remember his smile and him buying my wheat pennies when I was little. He will be greatly missed. Deb Doucette
Comment Share
Share via: 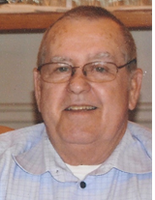